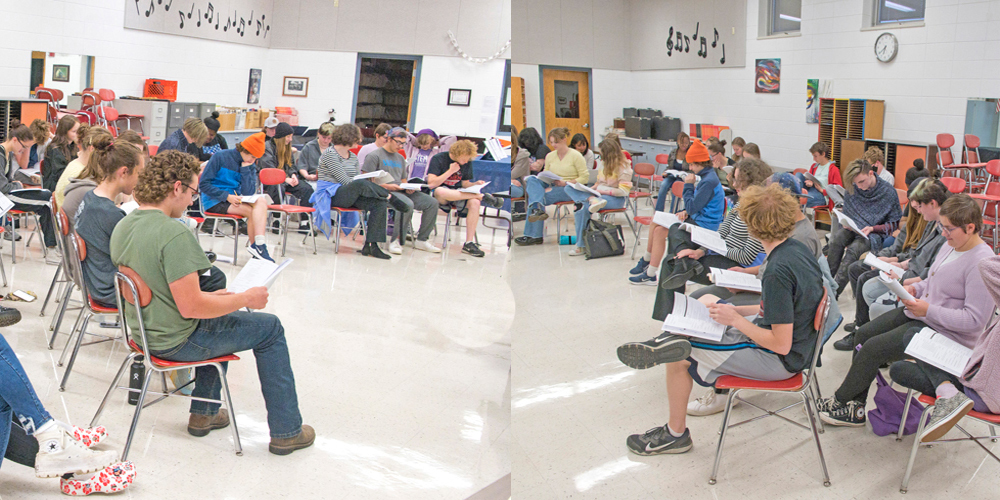 WHS Players Wants You to be Their Guests

The WHS Players will kick off their season with ”Disney’s Beauty and the Beast.” Join Belle, Beast, Mrs Potts, and the rest of the beloved characters as this Broadway classic comes to life at the Whitewater High School auditorium on November 17-20. Based on the Academy Award-winning animated feature, the stage version includes all of the wonderful songs written by Alan Menken, Howard Ashman, and Tim Rice and was nominated for 9 Tony Awards, including Best Musical.

This "tale as old as time" tells the story of Belle, a young woman in a provincial town, and the Beast, who is really a young prince trapped under the spell of an enchantress. If the Beast can learn to love and be loved, the curse will end and he will be transformed into his former self. But time is running out. If the Beast does not learn his lesson soon, he and his household will be doomed for all eternity.

In addition to the regular performances, there will be a very special “Be our Guest “ Tea Party on November 19th at 12:30pm. Come dressed as your favorite Disney character, enjoy some sweets and treats in the enchanted castle, get your picture taken with some of the cast, and take home a souvenir tea cup. Tickets are $10 per child. Adult chaperones are free. Seating is limited, and reservations for this event are required.

Performances of “Disney’s Beauty and the Beast” will be held on November 17-19 at 7:30pm and November 19-20 at 2pm.  General admission tickets are $7 for students and $10 for adults. Tickets for all of the shows and tea party are on sale now and can be purchased by calling 262-472-8178 or in person at the Book Teller in downtown Whitewater.