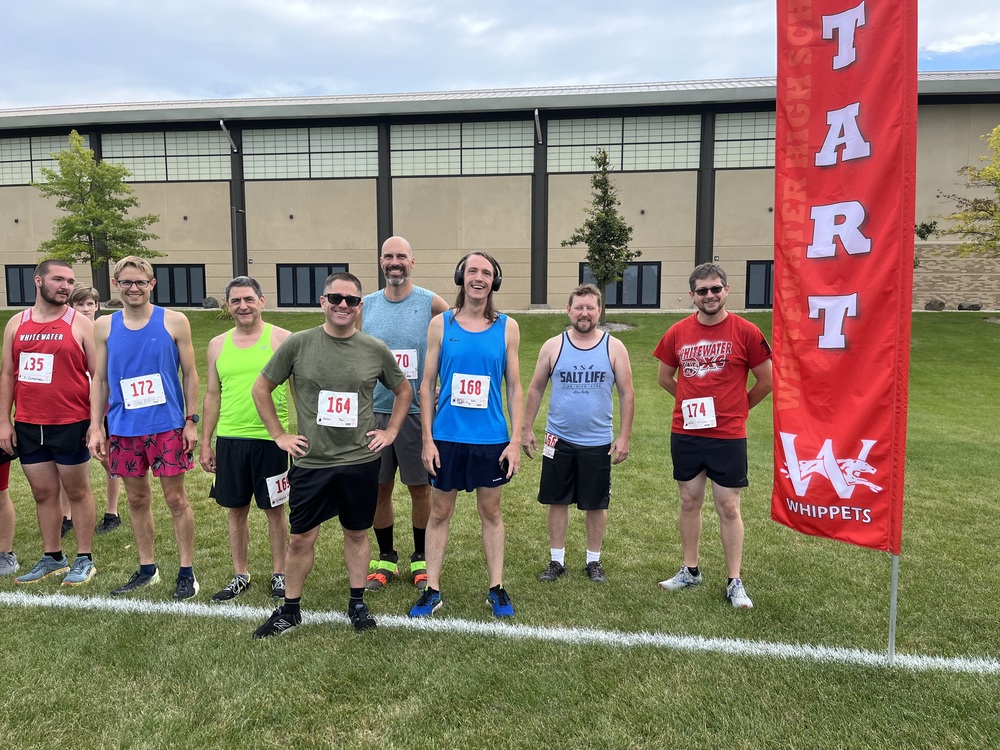 The Whippet Cross Country Teams kicked their race schedule off Saturday, August 27, on the campus of UW-Whitewater. It was the 20th edition of the Dirk Seibold Alumni Meet. The weather was terrific for August and the course is challenging - a great combination! It's the first rust buster of the year for the kids as they embark on their 2022 season.

The boys kicked things off first with many runners already showing nice improvement over last season. Jack Hefty led the race wire to wire and cruised to a comfortable win in 18:29. Nate Holden came in third behind Assistant Coach Quinn McKenzie with a time of 20:19. Miles Nickelsburg, CJ Tomomitsu, and Xavier Zei ran as a nice trio for much of the race with only 19 seconds separating them running in the mid 21's. Onyx Thompson and Ben McCulloch rounded out the top 7 boys, finishing in 8th and 9th with times of 24:48 and 24:56. Jack, Nate, Miles, and Xavier all ran faster today than they did last year at the conference meet which is held on the exact same course. Xavier cut over six minutes off last year's conference meet time! Alumni Adam Triebold, Ben Holden, Kris Kirkland, and Mark Schroeder all competed hard in the event and repped the team very well!

The girls' race was next and featured a much different look as the team lost many seniors from last year's group. Freshman Mady Hefty ran a nice first effort to lead the team with a third place finish overall with a time of 24:00. Athena Soto came in fourth in 24:49. Nola Coburn was the team's third runner and placed 5th with a time of 26:02. Running together for nearly all of the race were Emma Weigel and Lauren Buehler. They finished with times of 27:17 and 27:32. Isabella Aranda ran faster than she did last year at the conference meet by placing 8th with a time of 28:04. Rounding out the top 7 varsity scorers was Danielle DePorter who placed 10th in 28:34. Alumni Kristin Anderson and Teresa Stanley showed their veteran dominance by placing first and second with times of 23:17 and 23:59.

Many other athletes wore the Whippet name on their chest for the first time and did well! Many other alumni were in attendance but did not race. Coach Carstens would like to thank all those that came out for  attending the 20th edition of the Alumni Meet, regardless of whether you competed or not. Mark your calendars for 2023 as we will conduct the meet on August 26th. See you then!